History isn’t the science of the past, it’s the science of change. And like change, history isn’t linear. It happens when unrelated, unexpected events collide in ways we can’t anticipate. History leapfrogs. And yet, history is often written by the winners. The victorious voice whose perspective deeply influences a people’s sense of self. In Latin America, our history is abundant with these biased narratives: the indigenous past, the conquest, the colony, the independence, revolutions, civil conflicts, drug trafficking, democracy, corruption, neo-liberalism, globalization, modernity, progress. Our history is a convention, an artificial agreement, a fallacious order that, by force of reducing its diversity to the rigidity of the official discourse, mutilates it. In recent decades, there’s been important efforts across Latin America to recover, preserve, and disseminate the historical memory of groups affected by social invisibility, vulnerability, and marginalization, including such as women, African Americans, indigenous people, colonized cultures, workers, persecuted activists, among others. This fundamentally requires a social activism aimed at demystifying stereotypes and accepted truths, deeply rooted in the dominant culture. Elites rationalize and review history in the light of their ideology and interests. But there’s a difference between official history ⏤which is elaborated and imposed by the State or public bodies to glorify, mitigate and hide events, and maintain national identity⏤, and the public memory, which is characterized as the will or desire on the part of a social group to select and organize representations of their past, so that they can be assumed it as their own.

From Colombia to Chile and Mexico, memory forums have emerged to enable political and cultural spaces that to serve as platform for the construction of social identities. In our quest to contribute digital spaces to further these dialogues, diversify voices, and ramify narratives, Manuvo created a collection of applications, intended for the general public, to recover, preserve and disseminate the public memory around important political and intellectual events inLatin American history. Through video documentaries, unpublished letters, collective storytelling, and interactive navigation, Manuvo commits to the inclusion of those left behind from the telling of our shared past.

On September 11, 1973, a military coup ended the democratic life of Chile and that of its elected president Salvador Allende. The application ALLENDE VOICES is an effort to spread Allende's legacy through digital supports. In the voice of international personalities such as Yoko Ono, Noam Chomsky, Gilberto Gil, Pablo Milanés, among others, we hear the last and shocking words of Allende again. It includes unpublished videos, photographs, and an interactive timeline of the event to commemorate Allende's ideas and celebrate his heritage. In 2017, thanks to this project, Manuvo was awarded the Salvador Allende Presidential Medal.

To celebrate the 80th Anniversary of the Economic Culture Fund (FCE), one of the most influential publishers in Latin America, Manuvo developed an application and a digital platform that brings together a selection of the most important documents in its history since 1934. In it, users not can only read letters from Daniel Cosio Villegas, Carlos Fuentes, Octavio Paz and Jorge Luis Borges, among many, but also become immersed in their universes, unlock the secrets of the craft, bare witness to the evolution of designs and fonts, and travel through time with news, stories and radio programs.

MITO was a Colombian magazine that circulated between 1955 and 1962. During this period, the magazine published the voice of poets, intellectuals and writers from all over Latin America, including Carlos Fuentes, Alfonso Reyes, Gabriel García Márquez and Octavio Paz. On its 60th anniversary, the National Library of Colombia pays tribute to the magazine, its collaborators and its intellectual significance through an exhibition and a mobile application. This app includes fragments of the primary texts, biographical summaries, photos, interview recordings, and an interactive map that visualizes the relationships and influences among publishers, authors, and thinkers from around the world. 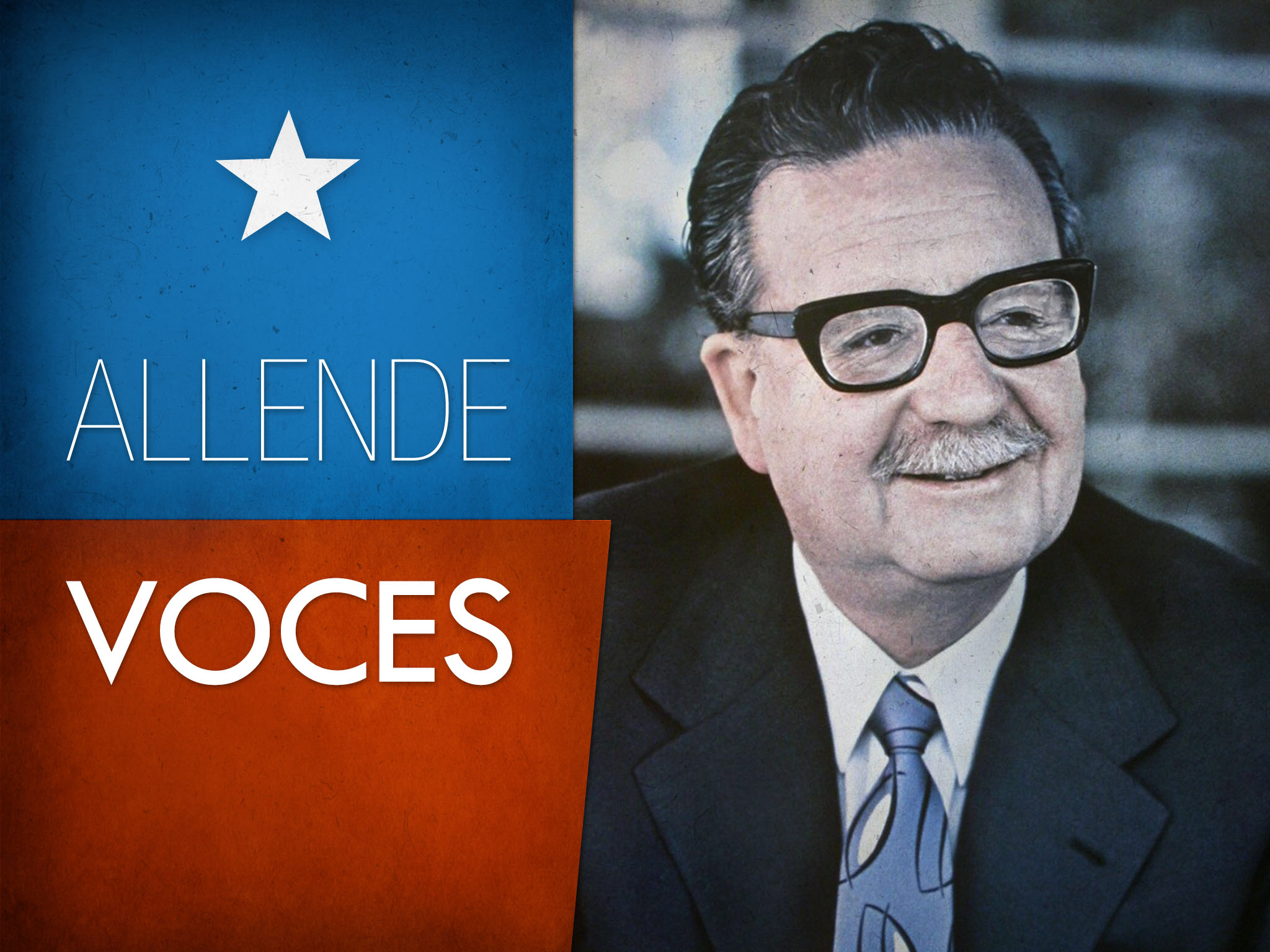 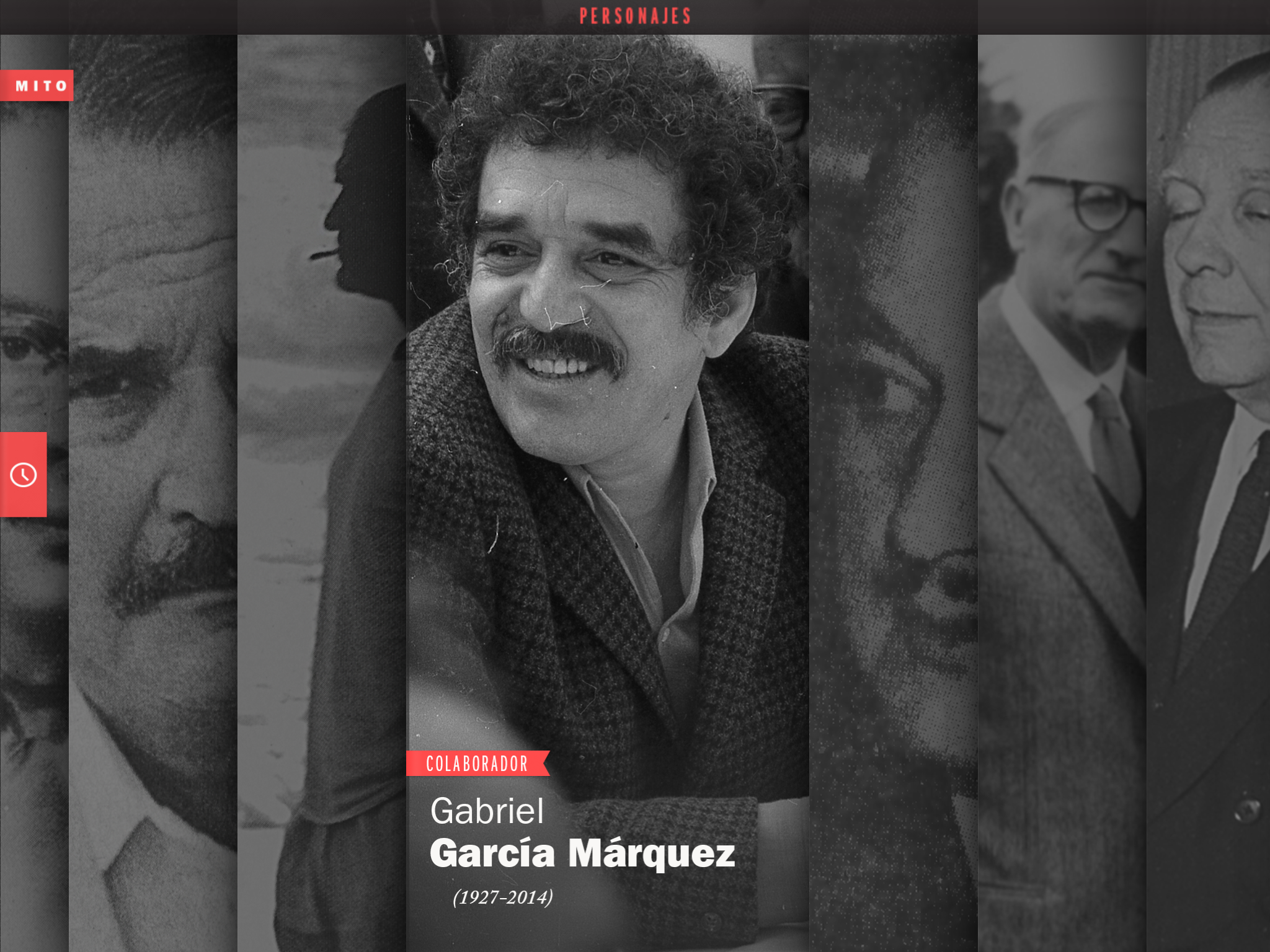 Discovering a way to bring together diverse elements of our collective memory into a cohesive storyline, and designing in a way for users to feel engaged and empowered to take part in their history and make it their own, is a real challenge. Fortunately, throughout these initiatives, Manuvo was fortunate to collaborate with first-class cultural organizations: The Salvador Allende Foundation, Fondo de Cultura Economica, and the National Library of Colombia.