In 2011, as part of the Mexican Cultural Project of the 21st Century, the National Council for Culture and Arts of Mexico (CONACULTA), now the Ministry of Culture, presented a series of digitalization projects that would bring Mexico’s literature heritage closer to new generations. This initiative sought to prevent documents, images, and sounds from disappearing, while facilitating access to today’s publics. Thus, the challenge was to bring celebrated poems from Octavio Paz, Jose Gorostiza, Amado Nervo, Jorge Cuesta, and Sor Juana Inés de la Cruz to the general public through mobile applications that re-imagine the way to appreciate poetry and make it more approachable, attractive, and engaging for the non-expert reader.

With more than 100,000 downloads worldwide, the poem "Blanco" by the Mexican Nobel Laureate Octavio Paz inaugurated CONACULTA's digital poetry series. This interactive poem is accompanied by video commentary on Paz's work, facsimiles, hand-written notes, related documents, photographs, art inspired by the poem, and writings from Paz's influences, like the French poet Stéphane Mallarmé. It also includes a karaoke experience that lets users read along with the voices of Octavio Paz, Eduardo Lizalde, and Guillermo Sheridan.

In 2012, The Next Web distinguished Blanco by Octavio Paz with the Best Design Award, and reached the number 1 spot in Apple's and Google's app stores. It remained number one for seven consecutive months.

Muerte sin fin by José Gorostiza is a renewed focus on one of the greatest poems written in Spanish language. This app aims to be a tool for reference and reflection; it offers the opportunity to learn about the arts in Mexico, and it creates an active relationship with the public.

Juan Villoro, Guillermo Sheridan, Rosa Beltrán, Alí Chumacero, and Rocío Cerón give voice to one of the most famous and darkest works of the Mexican modernist Amado Nervo: El Fantasma Soy Yo. Enriched with expert commentary, timelines, 3D objects, spherical photos and unedited documents, this app provides a 360º degree overview to Amado Nervo’s world and his emblematic vision.

In partnership with the University of El Claustro de Sor Juana, and Sandra Lorenzano as curator, Seducciones de Sor Juana is a complete interactive resource on the life, work, and context of the Mexican poet Sor Juana Inés de la Cruz. This app includes audio content, video, text, and images to help users of all ages get familiar with the wealth of the colonial world of Sor Juana. Users can read or listen to her texts, learn to write sonnets, draw, prepare cooking recipes, and get to know the music of the sixteenth century. 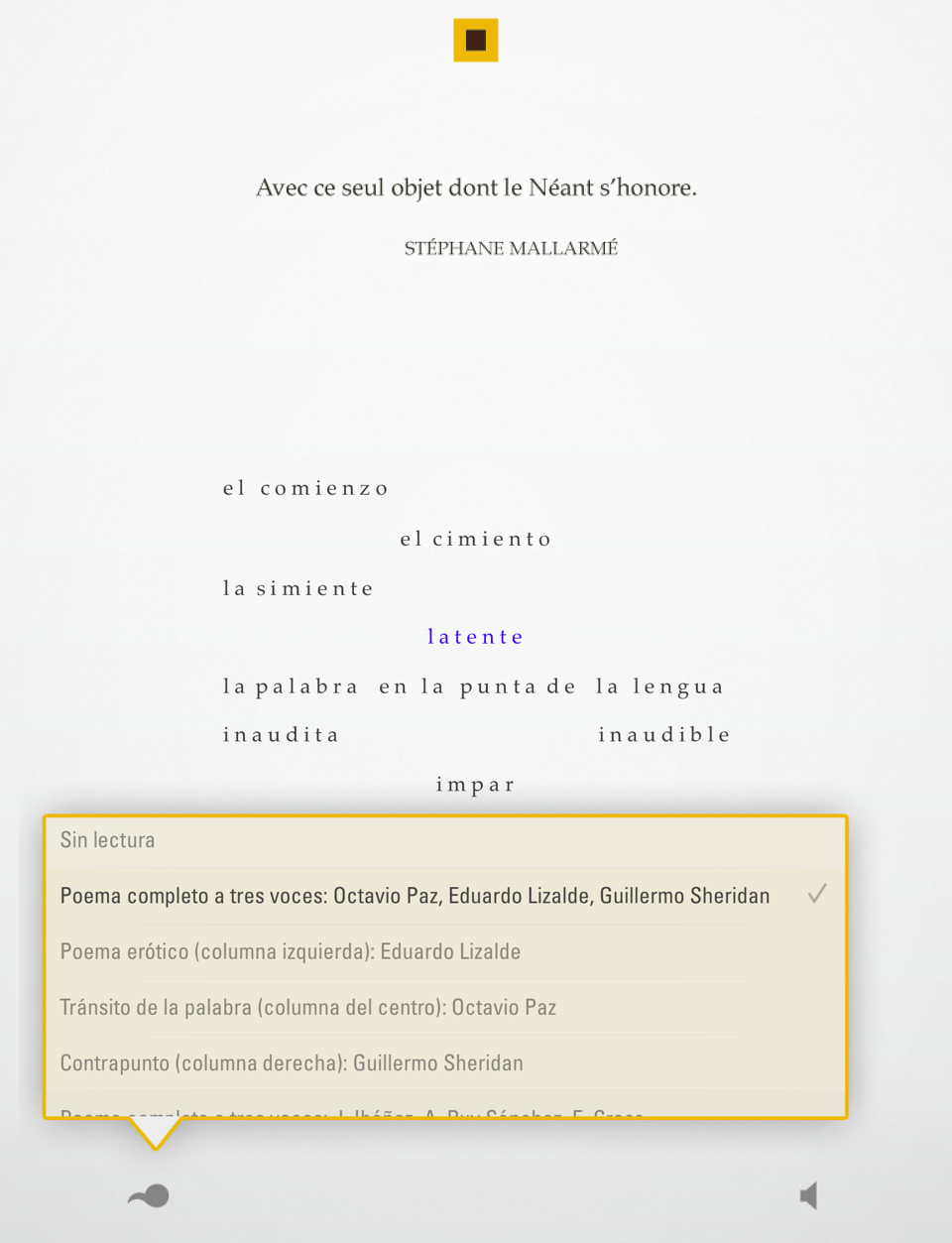 Read along the poet 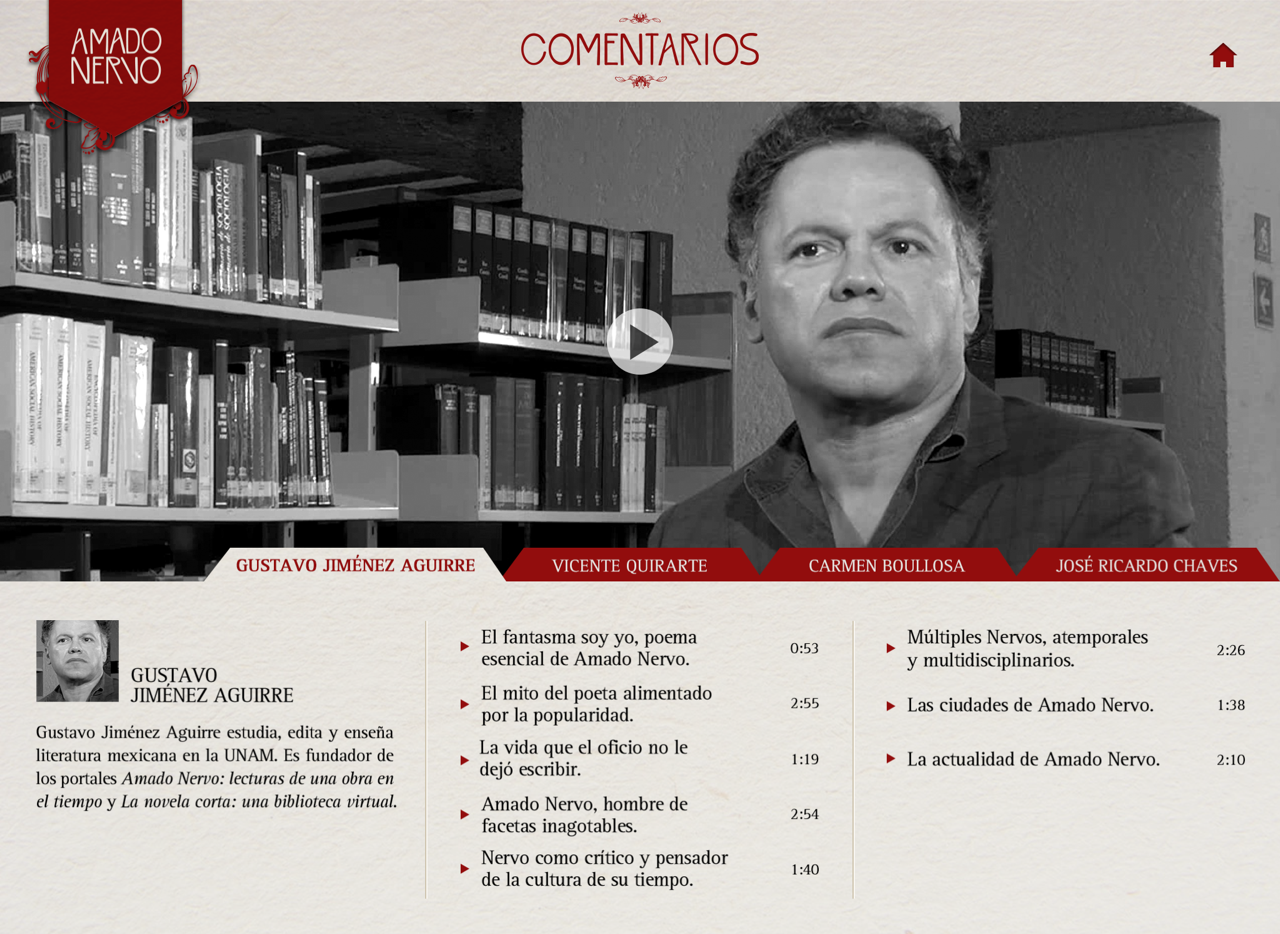 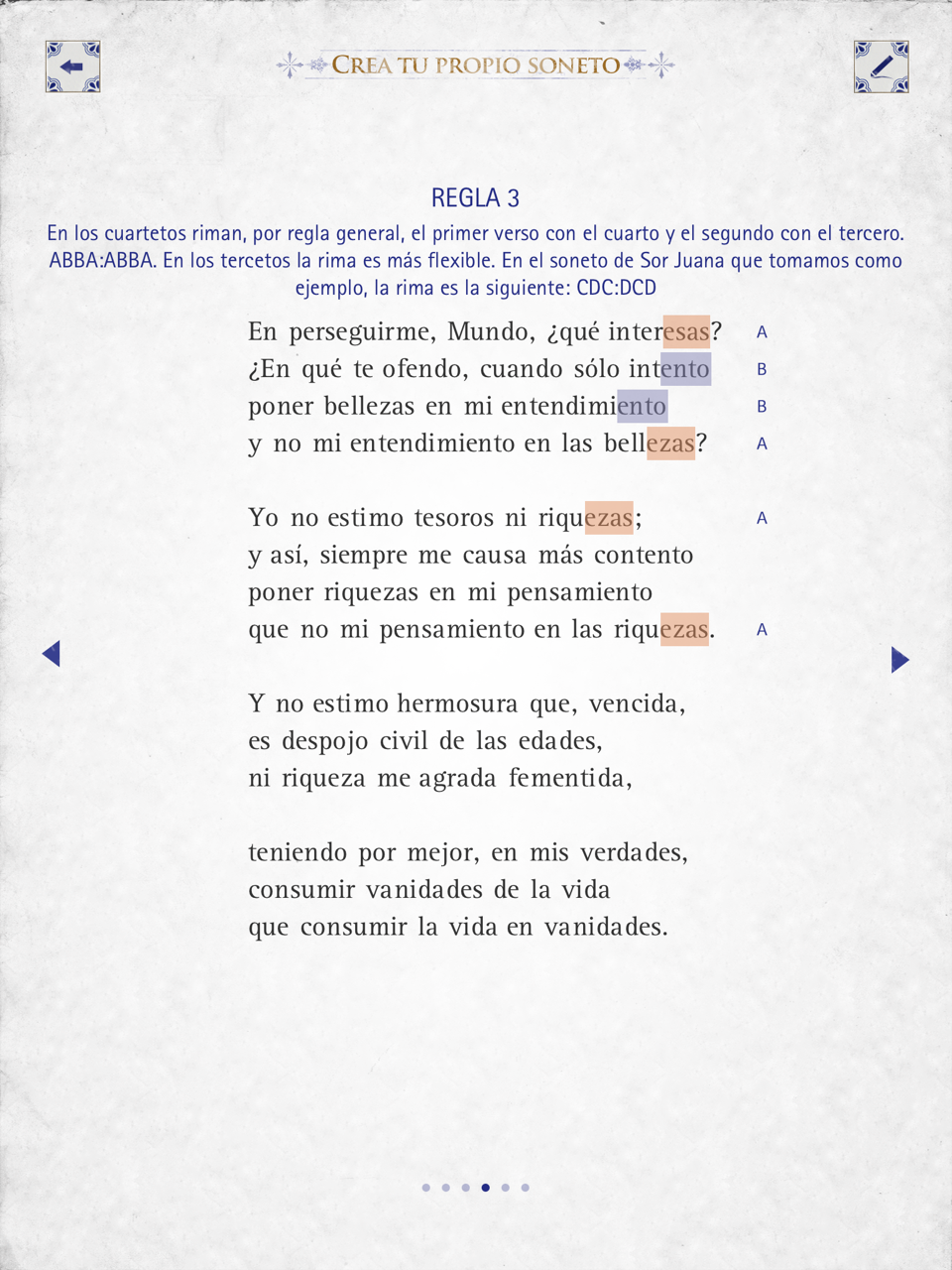 The marriage of culture, art, and technology creates poetic experiences that are both attractive and easy to use. Additionally, the success of this poetry app series inaugurated a whole new genre of interactive storytelling, and opened an essential path for more significant innovation in the cultural and editorial industries throughout Latin America. And with that, the exciting opportunity to take a quantum leap in the work of enriching people's lives through culture.